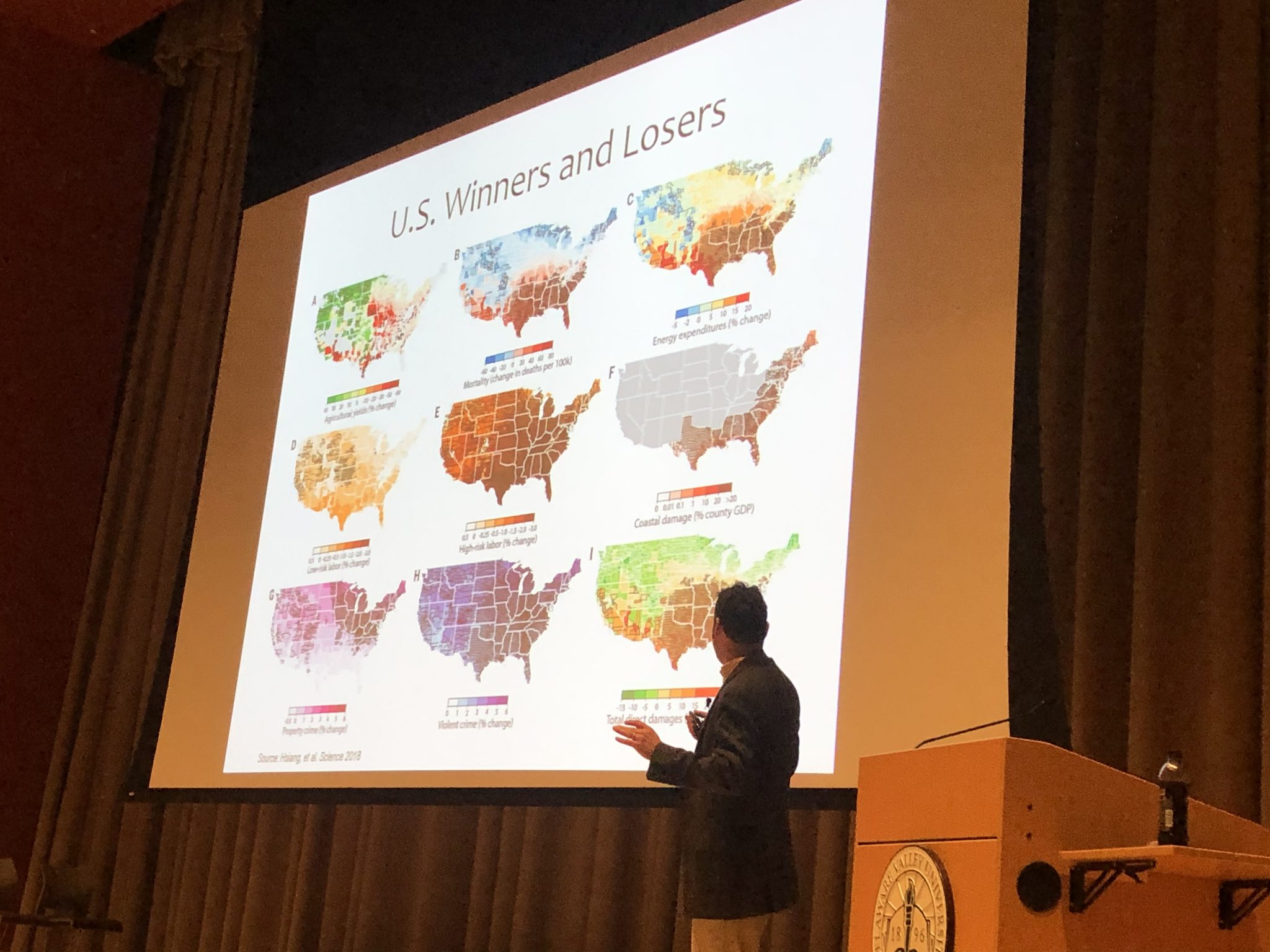 On December 4th, 130 guests joined us at Delaware Valley University for a discussion on climate change and its impact, making it the largest attended “One Health” seminar that Heritage Conservancy has co-sponsored. Dr. Seth Blumsack, associate professor of energy policy and economics at Penn State University, and Dr. Joel Landry, assistant professor of environmental and energy economics at Penn State University, presented “Climate Change: The Benefits of Doing Something Vs. Doing Nothing”, with a major focus on economic impact.

The presentation was similar to the book Freakonomics in that Seth and Joel tied together seemingly unrelated issues, such as the increase in crime that will come with the increase in temperature. As with any change, there are winners and losers in the shift towards a more sustainable lifestyle across the globe. The move from fossil fuels to renewable energy leaves some behind, while increasing the livelihood of others. There are also issues on a global scale between countries. When one country takes action to reduce emissions, another country sees that action already being taken elsewhere and feels less of a pull to implement the same policies. There must be a balance of local, national, and global impacts of climate change, and mitigating causes of this crisis and reducing emissions would ultimately be for the benefit of us all. The capacity for empathy on both a local and global scale decide which direction that we as a species will go toward handling this issue.

The number of guests in attendance shows us that the public is concerned about this issue and that many of us want to know the cause and effect of our actions, including those actions that we typically deem as positive. Recognizing the negative sides to “doing something” gives us the foresight to solve problems before they arise or at the very least reduce the unfavorable ramifications of the otherwise necessary changes we must make in our society.

We want to thank DelVal for including Heritage Conservancy in this presentation, Dr. Blumsack and Dr. Landry for their shared expertise, our co-sponsor the Bucks County Audubon Society, and those who attended this special event.