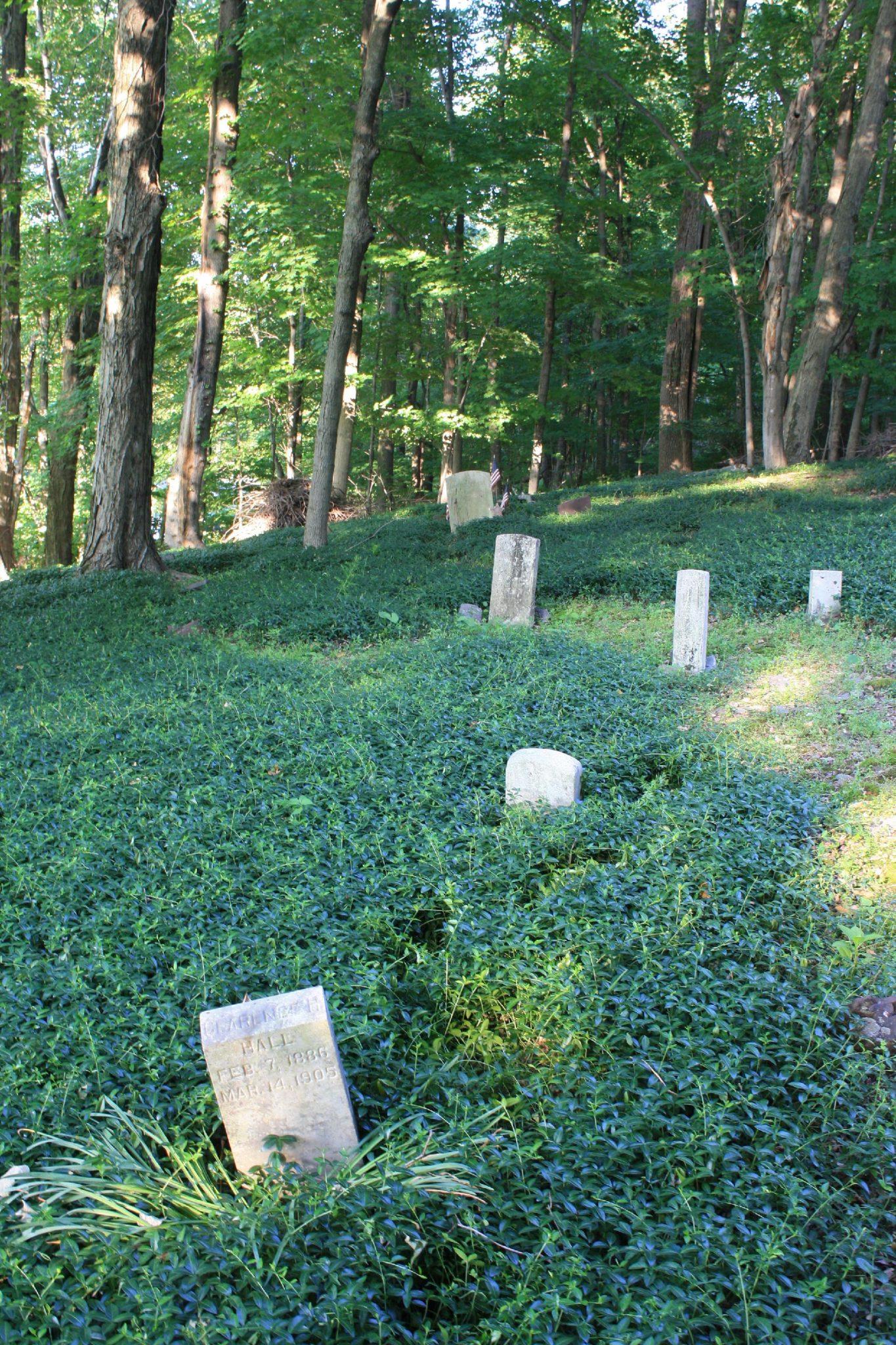 The community of Mount Moriah grew around its church, the center of social and spiritual life and the site of many christenings, weddings, funerals and burials that marked the milestones of parishioners’ lives. It began as an African Methodist Episcopal (AME) congregation meeting in a local home, with 33 members in 1818 and 50 in 1824. In 1837, minister Edward Smith and a group of trustees purchased a lot to build the Mount Moriah Church and graveyard. A brick church replaced it in 1869.

According to census data, the African American population in Mount Moriah and the local area expanded from 9 to 226 people in the years before the Civil War, —8.2% of New Hope’s population. Attendance at Mount Moriah Church was strong. The Beacon newspaper reported there was preaching three times on Sundays, as well as a Sabbath School with 35 students, five teachers, and 50 books. In 1887, a Sunday service was described where the Reverend William T. Magee “preached an arousing sermon…producing a genuine shout in the colored ‘camp of Israel.’ The singing was thoroughly on the whole-souled plan.”

Church social events and fundraisers included all-day camp meetings at local parks, festivals, and other entertainments. The Beacon newspaper estimated that 4,000 people attended one summer camp meeting in 1875, where “Seven men were constantly employed in serving out refreshments to the waiting crowd around the stand, 350 quarts of ice cream having been sold.” The day of preaching and entertainment attracted many local residents, with “wagons and carriages of every variety and description, and about 10 white persons to every colored one.”

The Beacon reported the Gasseway Brothers Quartette of Trenton entertaining at one event in 1893, and a contest in 1885 where “the most raggy-attired participant” won a gold dollar. An 1889 Harvest Home celebration in Paxson’s Grove promised speakers, “good singing,” and 25-cent dinners.

Parishioners used the church for their own events as well, including evenings of intellectual speeches and discussions with The New Hope Colored Folks’ Lyceum. In 1885, The Beacon reported the group’s dialogues on a range of topics, including “Love is greater incentive to action than fear,” “War is a necessary,” “Capital punishment should be abolished,” and “The works of nature are more pleasing to the eye than works of art!”

In the third and final part of this preview, meet the residents of Mount Moriah.