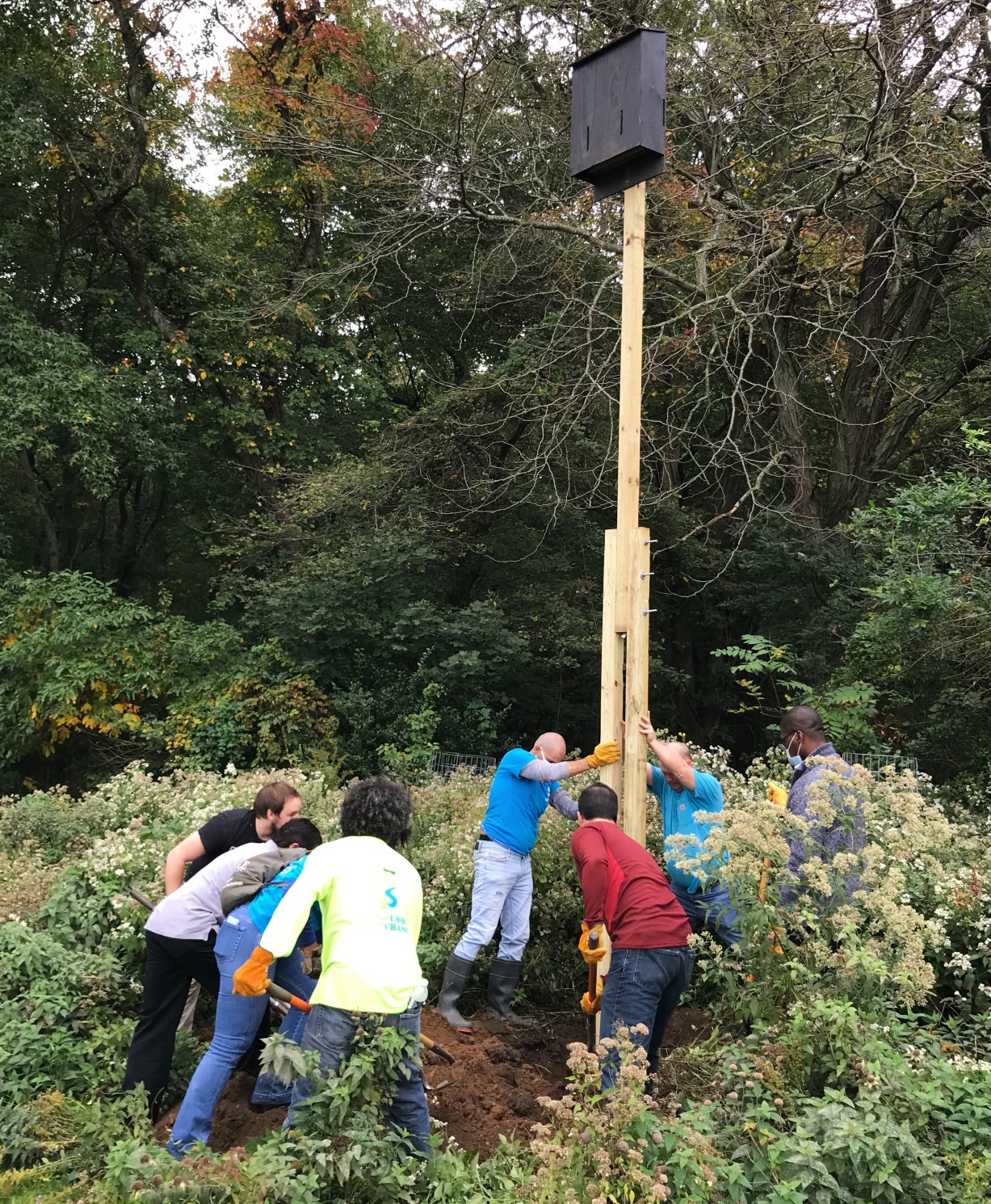 Located within the pollinator patch, the 15-foot-tall bat box has the capacity to house many bats. This box will help boost their population numbers while decreasing insect numbers since one bat can eat up to 1 million insects per year! It will also provide a safer alternative for bats to nest, rather than in people’s homes or attics. Typically, bat boxes are painted black to allow the sunlight to warm them and placed high off of the ground for protection.

Staff members taught volunteers about declining bat populations due to White Nose Syndrome, a disease that is caused by a fungus that grows in cold and damp places and affects hibernating bats. This lesson highlighted just how important their work day was. Not only will this box physically support the local bat populations, but Heritage Conservancy will also be utilizing it as an educational tool to teach both the public and students at Keystone Elementary School about bat conservation.

Along with the future inhabitants of the box, we would like to extend our gratitude to the 15 Solvay volunteers for their hard work and dedication, and we look forward to tracking the progress of the new box!