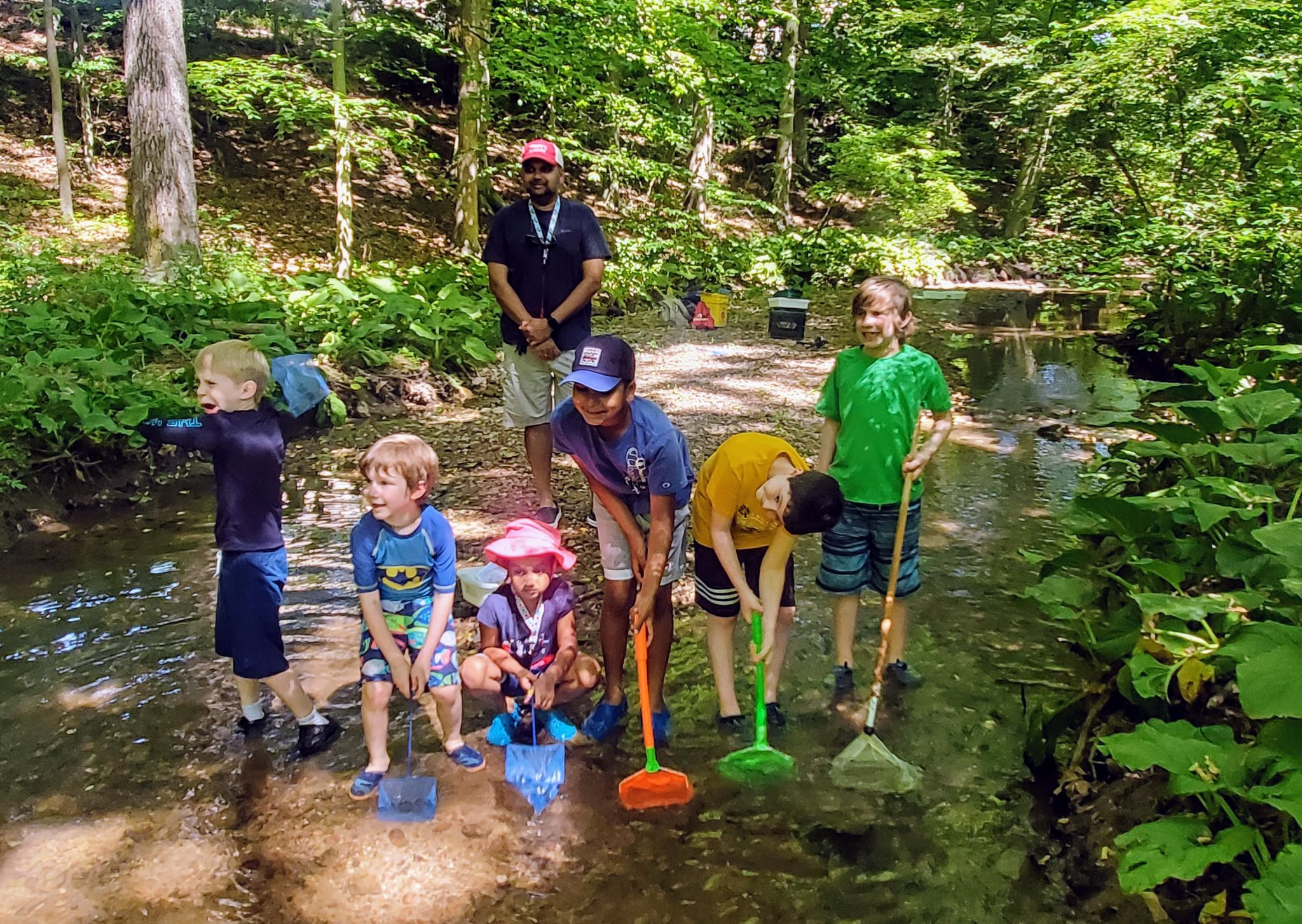 Throughout the past school year, some of the scouts in the Bear Den have been monitoring the trail at Hart’s Woods and working to earn their Conservation Good Turn and their World Conservation Badge.

Monitoring streams for the aquatic species living in them, especially the aquatic macro-invertebrates, can help us determine water quality in an area, as some species are indicative of poor or good water quality.

Heritage Conservancy offers speaking engagements and various educational public programs throughout the year for groups, including municipal officials and schools. To learn more, call us at 215-345-7020.