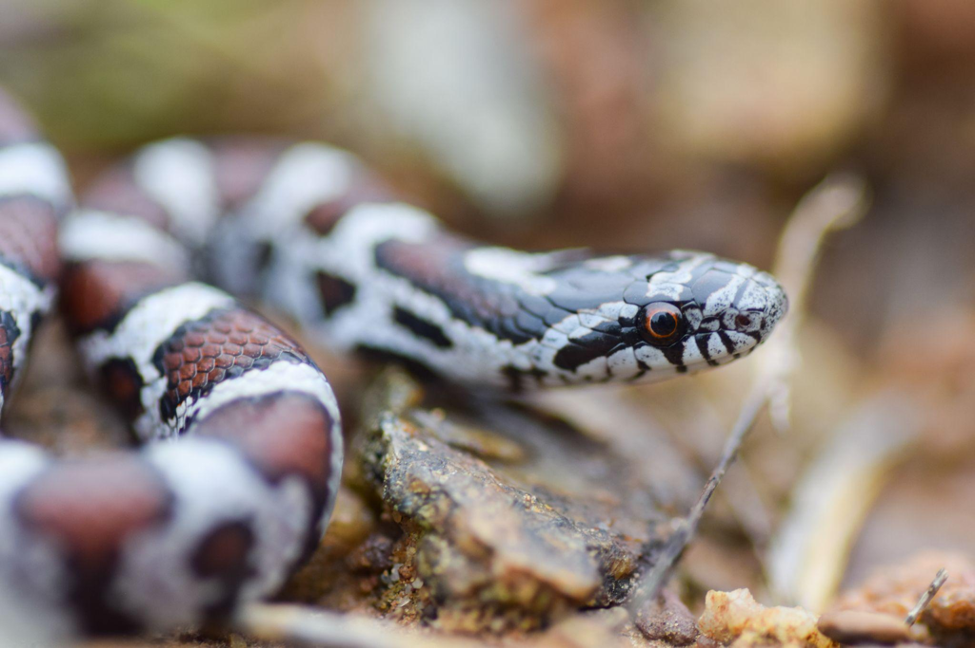 Eastern Milksnakes (Lampropeltis triangulum) are among the most misunderstood snake species we have in Pennsylvania. Because they bear a slight resemblance to the venomous (but also misunderstood) Northern Copperhead, they’re often senselessly persecuted by people. The truth is, not only are Eastern Milksnakes completely harmless, they actually make pretty decent neighbors. Let’s take a closer look at this interesting snake species.

Eastern Milksnakes are stunning reptiles, and a personal favorite of many snake enthusiasts. Adults tend to have variable brick red to brownish blotches over a grayish base color, whereas juveniles are more consistently bright red and white (much like a candy cane). The genus name “Lampropeltis” roughly translates into “shiny shield”, which is in reference to their reflective smooth scales (Copperheads, conversely, have keeled scales and appear more matte and less reflective). One additional characteristic typical of Eastern Milksnakes is the “Y” or “V” shaped blotch typically found on their neck/head area (see photo above). They can grow to be 4 ft in length, though most adults average out around 2 ft.

Quick disclaimer: Some distinguishing features are subtle and difficult to tell from a distance, so it’s always best to avoid handling snakes. Respecting the snake’s personal space both minimizes the chance of you mistaking a venomous species for a non-venomous one, and it also prevents the snake from expending energy while trying to get away.

The common name “Milksnake” actually stems from where these snakes like to spend their time, oddly enough. Eastern Milksnakes are often found in and around old barns and agricultural facilities. Consequently, a myth was created which claimed that this species snuck into barns at night to drink milk from cows.

The truth is, Eastern Milksnakes aren’t concerned with cows, nor do they drink milk. The real reason they hang around barns is because of the critters they like to eat (more on that in a bit). Farmland also tends to have an abundance of wood and old metal laying around, which are attractive hiding spots for these snakes. Their natural habitat includes a variety of environments, including old fields, rocky meadows, rocky hillsides, and deciduous woodlands. 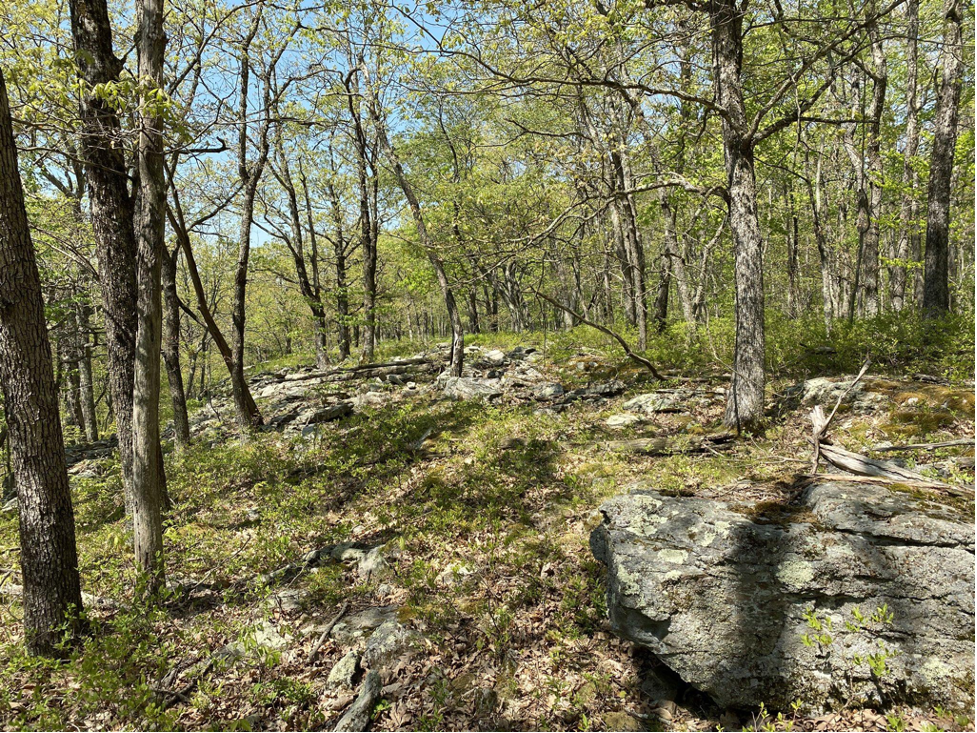 Although Eastern Milksnakes are often found on agricultural land, rocky woodlands like this are one of many natural environments that they inhabit. Canopy gaps help keep the forest floor warm for them, and the abundance of rocks offer safe places to rest.

Lampropeltis is nicknamed the “kingsnake” Genus because of their propensity to eat other serpents. Eastern Milksnakes are true to this reputation and will readily eat a variety of snakes, both venomous and non-venomous. But the bulk of their diet actually consists of small rodents, such as field mice and voles. So if you aren’t the biggest fan of snakes or rodents but live alongside them, having Eastern Milksnakes around will help to keep those populations in check! 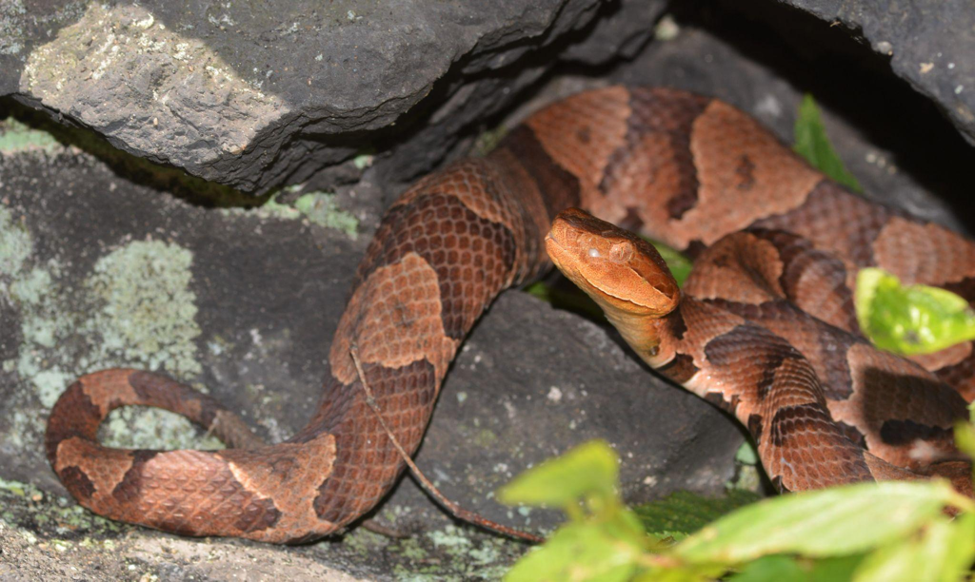 Despite being venomous, Northern Copperheads (pictured here) are readily eaten by Eastern Milksnakes! That isn’t to say Copperheads should be viewed as undesirable. They’re important members of our ecosystem too!

In addition to being important predators in their respective environments, Eastern Milksnakes are also prey for a variety of other animals. This includes hawks, owls, raccoons, skunks, other snakes, and even Bullfrogs. Because they’re preyed upon by so many things, they actively avoid larger animals such as humans. Most species have several roles to play within a healthy, self-perpetuating ecosystem. Eastern Milksnakes are no different.

I hope this article has provided some valuable insight into this misunderstood species. Snakes are fascinating members of our biological communities, and we hope you consider welcoming them as somewhat secretive but truly chill neighbors. For more information on Eastern Milksnakes, check out the link provided below.

Thanks for reading!
Sebastian H.