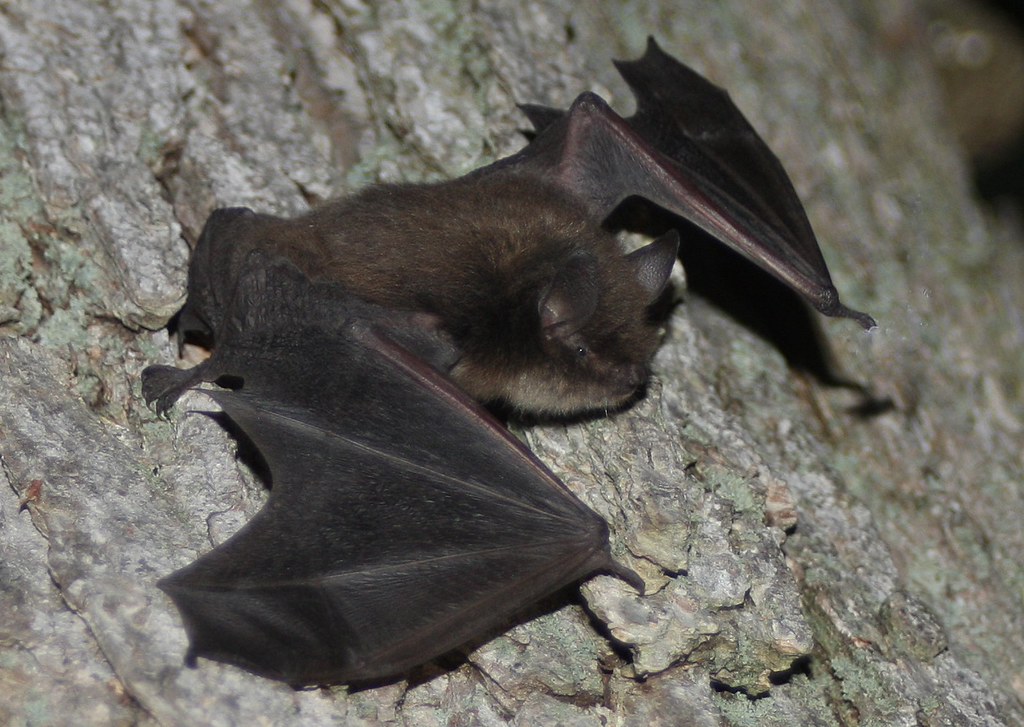 Summer isn’t only the season of flip flops, beach towels, and outdoor BBQ’s–it’s bat season as well! Each summer, Heritage Conservancy staff members go to a property in Tinicum Township to count bats. Summer months are when bats typically use human structures to roost and rear their pups. We are also fortunate to have volunteers with maternal roosts on their properties who report their own summer monitoring to us.

This bat work is part of the Appalachian Bat Count, a critical citizen science (or volunteer) project coordinated by the Pennsylvania Game Commission. In total, we report to the Game Commission on four locations in Bucks County each year. The main species that form maternal roosts in the summer in Pennsylvania are little brown bats (Myotis lucifigus) and big brown bats (Eptesicus fuscus).

Population counts provide data on the current female bat population and can provide insight into the birth rates for these bats. The first count occurred in late May, when the pups had yet to be born, and again in late July, as the pups became established fliers, making it the peak time for counting.

The Appalachian Bat Count data provided by volunteers, Game Commission staff, and diverse groups throughout Pennsylvania has helped to provide valuable information on trends in bat populations since 1989. Around 2010, the data showed stable bat populations at maternal roosts. A steep decline of 87% in 2014 was documented after white-nose syndrome (WNS) hit Pennsylvania. Across eastern North America, it is estimated that over six million bats have died from WNS.

Appalachian Bat Counts are easy to conduct, and they offer valuable data at a low cost to researchers and natural resource agencies. However, they cannot be accomplished without an established roost on site, as the bats must be counted as they exit the nesting structure for their nightly flights.

Monitoring bat populations annually is essential due to the variety of impacts on bat populations such as loss of habitat, disturbance at roosts or in hibernation, or death from WNS. Appalachian Bat Count data helped to provide the facts used to support the recent listing of the little brown bat on the Pennsylvania Endangered Species list (another reason to be aware of changes to the Endangered Species Act, which we mentioned in a recent article on our website), along with two local hibernating species, the northern long-eared bat and the tri-colored bat. This listing will offer additional protections for these important species, emphasizing the importance of the yearly bat count and its significance.