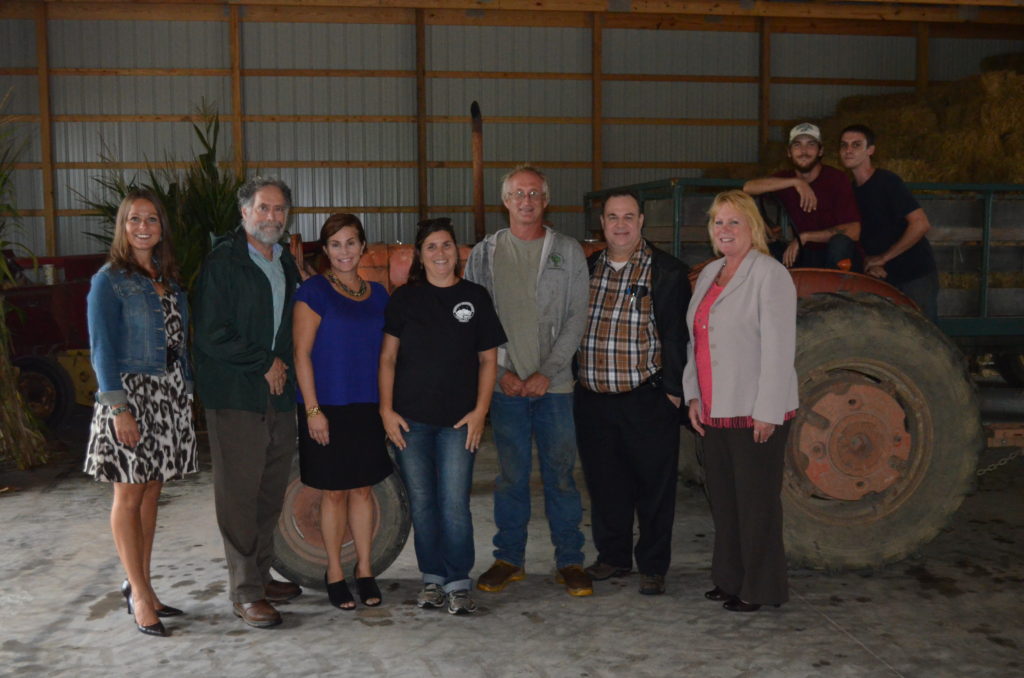 Styer Orchard, which is open to the public for fruit and vegetable picking, is proud to house a new barn on its grounds after a metaphorical barn raising with the help of many community entities coming together to make it happen. Heritage Conservancy, an accredited not-for-profit land conservation and historic preservation organization located in Doylestown, PA, facilitated its construction.

Heritage Conservancy serves as the administrator of the T. Walter (“Pop”) Styer, Jr. Horticultural Fund, which is held by the First National Bank and Trust Company of Newtown. Pop Styer and his family started the over 100-year-old institution that is Styer Orchard, and his wish was for it to live on. Through the horticultural fund that he left as part of his legacy, Heritage Conservancy is able to fulfill his wishes of upkeep around the property by spending judiciously.

In 1999, 102-year-old Pop Styer sold his family’s orchard and farm store to Middletown Township with the condition that the farm remain open space and a place to educate children about farming. Mike Fields and his family won the contract to operate and manage the nearly 100-acre Styer Orchard farm, which is located in a mainly suburban area.

Mike Fields has managed several farms, and he recognizes how important Styer Orchard is to the surrounding neighborhoods. “In other areas, a farm is just a farm, but Styer Orchard is different. It’s special; everyone around here really considers it ‘their’ farm and embraces it as their own. It’s truly a community treasure.”

The new pole barn at Styer Orchard will bring people together, representing the epicenter at the heart of a strong community. Honoring Pop Styer’s wishes, the barn will further promote education as a gathering place during school tours, which will allow Fields to share his experiences and skills in farming with the next generation. It will also support agricultural production by providing a safe place for harvest storage.

A barn is often the heart of a farm,” said Jeff Marshall, Heritage Conservancy’s President. “We were happy to work with the trustees, township and orchard manager to oversee the construction of a barn that will be able to serve as a focal point for the orchard. In past centuries, it took a community to raise a barn; this barn will hopefully help build a community of people who honor Pop’s legacy.”

Heritage Conservancy is proud to have played a part in bringing this much-needed new barn to Styer Orchard and looks forward to future projects that will strengthen the legacy of Pop Styer.