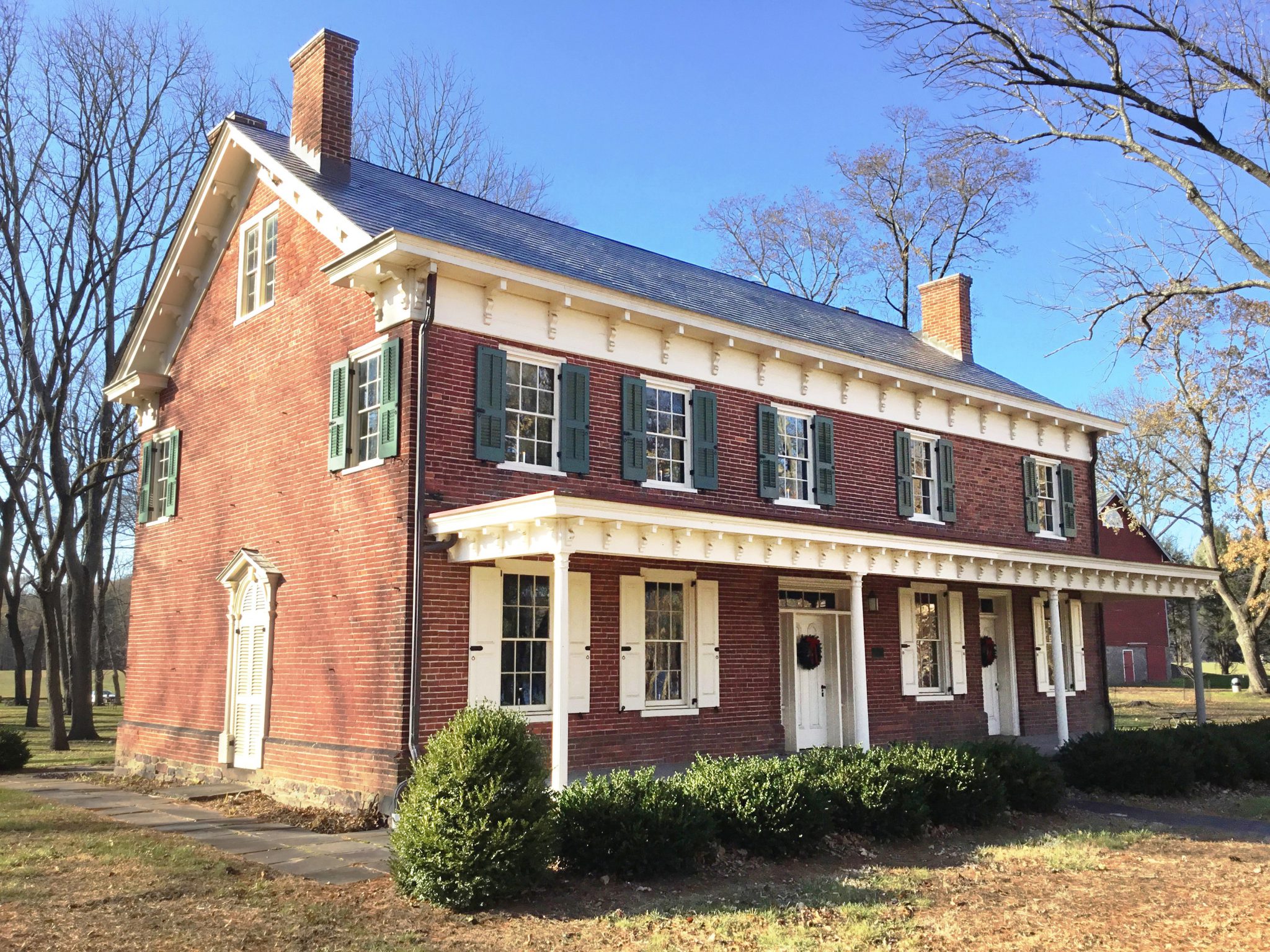 Heritage Conservancy is proud to announce that it successfully listed the Jacob Stover Farmstead on the National Register of Historic Places. It was officially placed in December 2019 after a rigorous process.

Built in the early 1800s, the Jacob Stover Farmstead is located in Tinicum Township between the Delaware River and the Delaware Canal. Community members may recognize it as the site for polo matches, the Tinicum Arts Festival, and private weddings. The property includes a Federal brick dwelling and three historic agricultural buildings: a bank barn, a wagon shed/hay barn adjoining the southwest corner of the barn, and a carriage house.

The residence is one of the oldest existing examples of brick domestic architecture in northeastern Bucks County, and it was built in an era when fieldstone was the dominant medium for residential construction for the more substantial property owners. The construction material and level of ornamentation makes the house significant as one of the more high style houses of the period in northern Bucks County. The residence currently serves as a historic house museum.

The frame-and-stone bank barn is also high style, with its detailing still intact. The use of brick in the stabling of the barn, as well as the ornamental ventilator and the large lunette windows, are extremely rare in Bucks County. The hay barn also has unique engineering features. This special detailing on the property’s structures emphasizes the high profile positioning of the families that owned it.

The house was originally owned by William Erwin, who served as an officer in the Revolutionary War and as a member of the Pennsylvania State Senate. The village to the south of Erwin’s land is known today as Erwinna.

In the mid-1800s, a large portion of the Erwin farm was purchased by Bucks County’s preeminent miller, Henry S. Stover, who at one time owned 28 mills spanning Bucks County and Hunterdon County in New Jersey. The Stover Mill, located downstream from the Jacob Stover Farmstead, was in operation through 1933. Jacob Stover, Henry’s son, eventually took over the property.

The Stover family held prominence in the agricultural community for over a century. Bucks County has a rich farming history, and Heritage Conservancy is pleased to contribute to its recognition through facilitating the listing of the Jacob Stover Farmstead on the National Register of Historic Places.

“In the 1950s, John Stover (owner of the property at the time), Bucks County officials, and private citizens worked to preserve this farmland and its buildings as examples of Bucks County’s agricultural and architectural heritage, and this recognition as a National Historic Place acclaims that foresight,” said Charles Yeske, Historic Properties Manager/Curator for the Bucks County Parks and Recreation Department. “Over many years, I’ve witnessed the enjoyment of residents and visitors alike as they’ve experienced the historical narrative of the designated portion of this property, which features the Erwin-Stover House Museum and bank barn, administered by the Parks Department. Properties like these receiving this national recognition certainly contribute to what has made Bucks County a nationally known destination.”